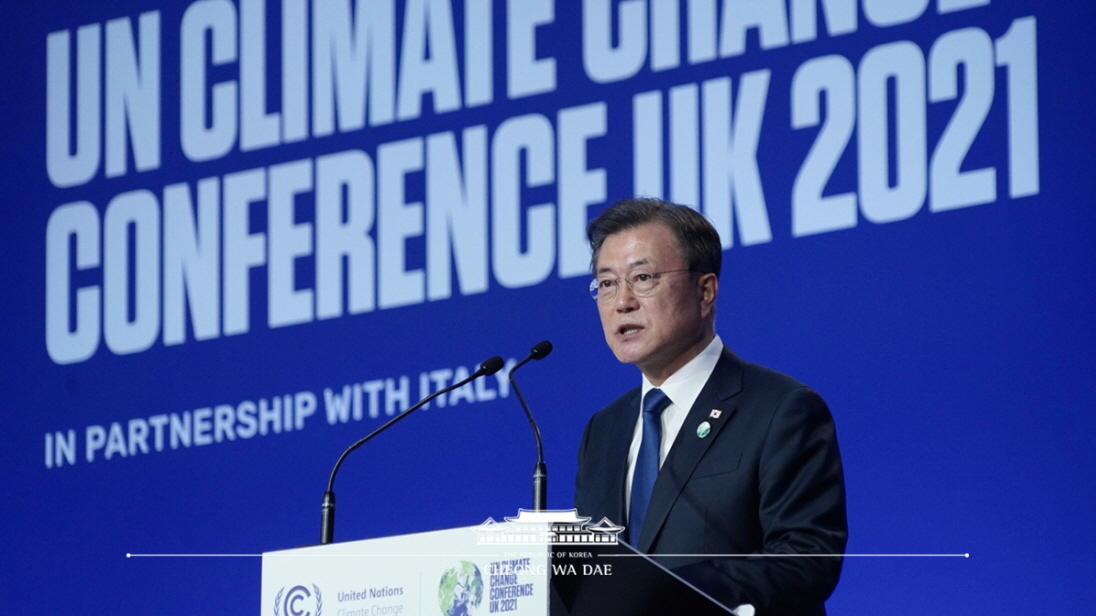 He made three promises and one proposal:

President Moon proposed that the Youth Climate Summit be held on a regular basis and emphasized joint efforts of older and younger generations to achieve carbon neutrality.

Listen to his speech in Korean or English.

Read more about what South Korea promised at COP26.